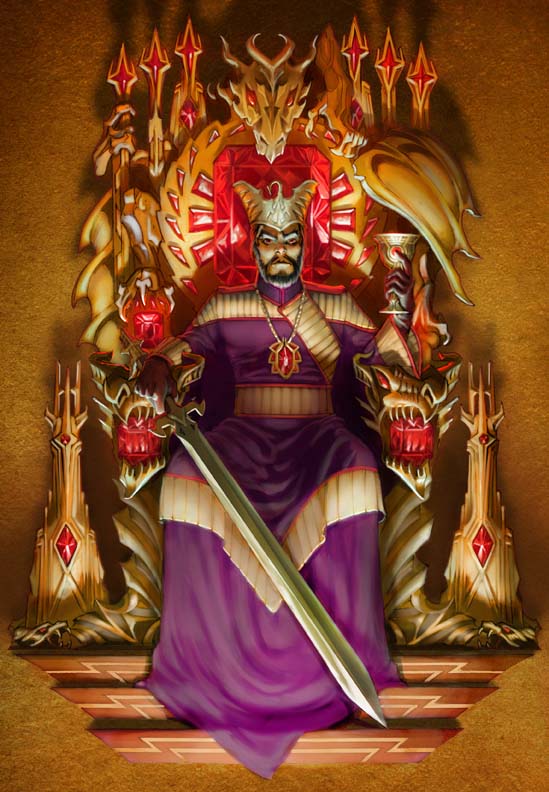 The Emperor and his allies, in all of their power and splendor, have managed to keep secure and peaceful the Seven cities and all the great and minor realms of the Dragon Empire for countless century upon century. But mysterious and threatening shadows lurk from within, and the ever-growing and ever-present threat of enemies from afar threaten the stability and ongoing prosperity of all those under the Empire’s reach.

Two separate groups of heroes are racing against time to keep the shadows at bay. Will they work together to protect all that is good and honorable, or will they turn against each other and bring about the end of the Age?

Only time will tell…

Make sure you click on the characters tab to explore the many unique players and NPC’s of this campaign.

I’ve got two separate groups I’m the GM for playing in the same world. In the Adventure Log, they’re separated by the tags “GO5” and “Young Adventurers”. Some players already have side quests—you can find those by searching the “sidequests” tag.

I just have to say that what I love the most about 13th age is the experience of creating a story together—so much of what has already been created in this world has been the culmination of GM and player—I look forward to seeing the story develop.

Loved the live stream and can’t wait to see more!

I'm sorry, but we no longer support this web browser. Please upgrade your browser or install Chrome or Firefox to enjoy the full functionality of this site.